"I'm going to run to the fitness centre and what's more I'm going to time myself!"
"Do you want to borrow my calendar?"
— Richard and Sooty

Fitness Funatic is the first episode of the second series of Sooty.

Richard is determined to get into shape at the new health spa. The only problem is that no one has warned him that Sooty, Sweep and Soo are in charge. Is Sweep's swirling jacuzzi about to leave Richard in a spin? 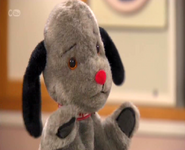 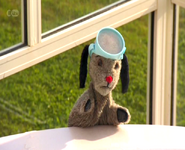 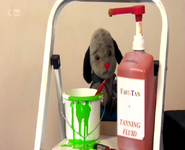 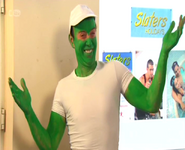 Add a photo to this gallery
Retrieved from "https://sooty.fandom.com/wiki/Fitness_Funatic?oldid=13262"
Community content is available under CC-BY-SA unless otherwise noted.