Start a Wiki
Learn with Sooty was an educational video series that was part of The Sooty Show. In it Matthew, Sooty, Sweep, and Soo teach children subjects such as reading, counting, and safety. From 1989-1991 eight videos were produced.

Have Fun with Numbers 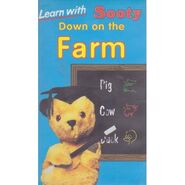 Down on the Farm

Have Fun with Numbers 2: Multiplication 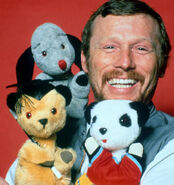 Promotional image for the series
Add a photo to this gallery
Retrieved from "https://sooty.fandom.com/wiki/Learn_with_Sooty?oldid=12901"
Community content is available under CC-BY-SA unless otherwise noted.