Sooty Database Wiki
Register
Don't have an account?
Sign In
Advertisement
in: Characters, Cast and Crew, Episode writers,
and 3 more

Peter Graham Corbett, better known by his stage name Matthew Corbett, was born March 28th, 1948 in Guiseley, West Yorkshire. He is best known as an English television personality on The Sooty Show and latterly Sooty & Co. He took over Sooty from his father Harry Corbett in 1976, and retired in 1998.

Corbett was born in Guiseley, West Riding of Yorkshire. In the late 1960s or early 1970s, he had to choose another stage name, as there was already another Peter Corbett registered. He kept his surname, but when choosing his new first name he was told it must be a name that is long, and so he chose the name of Matthew; for television purposes he has always remained as Matthew Corbett.

He appeared in the 1971 Doctor Who serial The Dæmons and was a regular performer in the Thames Television children's show Rainbow, where he sang, performed, and wrote with Rod Burton and Jane Tucker as Rod, Matt, and Jane, later better known as Rod, Jane and Freddy.

In 1976 Corbett left Rainbow to take over The Sooty Show from his father, Harry Corbett, on his retirement. He himself retired in 1998 after 22 years, and hand-picked Richard Cadell to replace him, and the show is still going strong.

Of late, Matthew Corbett has withdrawn from most public and media attention. The former Sooty Show presenter lives in Lymm with his wife Sallie. Back in 2005, he noted that he would be playing guitar with his friend John Gray around pubs in Manchester. For this, he has gone back to his real name Peter Corbett.

In January 2008, Corbett reappeared on television, presenting local interest programme shown on the Granada Television region of ITV, Locks and Quays, featuring a journey from the east coast of England to the west coast along waterways such as the River Humber, Aire and Calder Navigation and Leeds and Liverpool Canal.

On November 26th, 2010 Matthew was declared a television icon by Digital Spy.

Corbett's great uncle was the the famous chip shop chain owner Harry Ramsden, as revealed on his cable canal-based series "Locks and Quays"

He returned, as a guest star, in the 2011 episode of Sooty entitled Chocco Chimp. He played himself as a van driver for a company called "Matts Snax". He dresses up as a monkey and steals back the chocolate he had delivered.

He also lent his voice as the announcer at the start of the 2012 The Sooty Show DVD.

He later appeared in the late 2012 documentary "30 Years of CITV" where he talked about Sooty.

He is credited for providing the story for the second series episodes of Sooty, The Black Hand and Balancing Act. He is credited as co-writing the episode The Dance Competition with Wink Taylor.

Matthew Corbett will make a cameo appearance in the 2016 feature film the Sooty Movie. 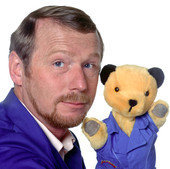 Matthew and Sooty in Sooty & Co.

Matthew and Richard with Sooty on Sooty's 60th birthday

Matthew and Sooty in Sooty 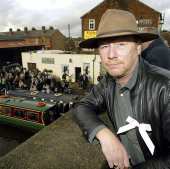 Matthew takes part in a protest

Matthew on a narrow boat

Matthew and Sooty on stage 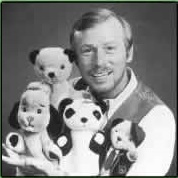 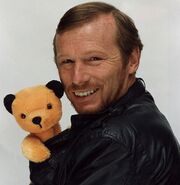 Matthew (as a woman) with Superdog

Matthew on the "30 Years of CITV" documentary

Sooty and Matthew Corbett with his Atlantic Award