Sooty's Space Rocket is the fourth episode of the second series of Sooty.

Sooty has high ambitions indeed. He is building his very own space rocket and aims to be the very first teddy bear to set foot on Mars. However, his dreams of reaching the red planet are brought to an abrupt halt when he crash lands in Mr Slater's mobile toilet. Suddenly it looks like all his hopes and aspirations are destined for one place only - down the pan! 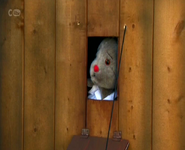 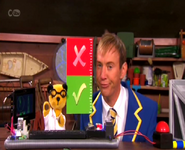 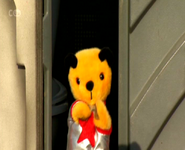 Add a photo to this gallery
Retrieved from "https://sooty.fandom.com/wiki/Sooty%27s_Space_Rocket?oldid=13267"
Community content is available under CC-BY-SA unless otherwise noted.